Give Your Books Away? For Free?

There are two general worlds in which we market books. The first is through bookstores and the second is to non-bookstore buyers. In both cases, you can increase your sales by giving your books away in limited quantities.

In the familiar world of trade sales, publishers know that they must give books to reviewers and as samples to get on television and radio shows. These exist in the world of non-traditional sales, too, but here there are additional reasons to consider giving books away in special markets as an investment in future revenue.

One example is to get exposure through blogs. Rather than start your own blog, find one that already exists on your topic -- one with a large following – and send the blog owner a copy of your book to review.

Indie Publishing for the Business World

Publishing has changed. Authors know it. Amazon knows it. Publishers know it. But for most businesses it’s still something that is happening to someone else.

Maybe you’ve heard about Kindle Singles, or someone you know bought a self-published book on their iPad and didn’t hate it. Possibly you have a friend who is selling that novel they wrote years ago that never found a home at a big publishing house. And it’s very likely that you know at least two or three people who claim to be important bloggers.

But it’s just the beginning. 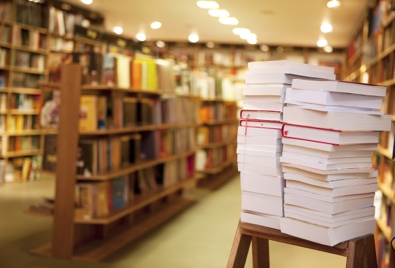 When selling books through bookstores, you sell one book to each consumer. You never know who they are, so there is no possibility of a repeat sale. One of the benefits of selling books to corporate buyers is that you cannot only sell many books to one buyer, but you can generate repeat sales from them. Here are Ten Tips for Generating More Sales From Fewer Buyers.

Sony Reader Store to close in Australia, customers to move to Kobo

Kobo has announced that the Sony Reader Store will close on 16 August and that ‘soon after the closure’ Australian users will instead access its ‘comprehensive digital reading ecosystem’.

The Sony Reader Store will also close, with users to access Kobo instead, in the UK, Germany and Austria, and follows a similar change in the US and Canada in March.

In a statement, Kobo said the free Kobo App for Android will be ‘pre-loaded on select Sony smartphones and tablets’, but ‘timing and availability may vary by market and carrier’.

DCL & Bowker are interested in your digital publishing plans for 2014! As the demand increases for materials of all types to be available on mobile devices, publishers and authors are challenged with providing a quality eBook experience while managing costs and standards.

We'd be delighted if you'd answer the survey we've created, just to explore what we might be able to do for you. Enter to win a $100 American Express Gift Card!

Join Us For A Webinar About Editorial!

In conjunction with Digital Conversion Labs, Bowker's SelfPublishedAuthor.com is presenting a webinar on the editorial process with expert independent editor Ann Moller. Join us on Thursday, May 15th from 1-2 Eastern as we discuss the different types of editing, the value that good editorial brings to your book, and tactics for accepting constructive criticism!

Use of ISNIs Among Authors Is Growing

Use of ISNIs among authors is growing, according to a press release published today by ProQuest (Bowker - and by extension SelfPublishedAuthor.com - is a ProQuest affiliate).

A new analysis of Bowker® Books In Print shows that a full 33 percent of its contributors have the ISO-certified International Standard Name Identifier (ISNI) connected with their names and in use in the database. ISNI was created just over two years ago and has topped 8 million assignments, 2.33 million of which are represented in Books In Print, showing rapid uptake by authors and other contributors.

At SelfPublishedAuthor.com, we want to know why you're publishing your own work! What do you write about? What has been your biggest workflow hurdle? Do you network with other authors, and if so, where?

On May 21, 2014, the Authors Alliance will hold a kick-off meeting at the Berkeley Center for New Media. From their announcement:

Authors, construed broadly to include all creators, create for all sorts of reasons. In academia in particular, it is not uncommon to write and create primarily for the specific purpose of being read, seen, and heard.

Strategic negotiating requires you to ask questions, listen and then move ahead based on this new information as the second five of 15 tips discussed. Here are the last five of 15 tips for negotiating large-quantity book sales: 11. Do not move too quickly. There will be times when all the details seem to fall into place and your enthusiasm leads you to accept an order before you have thought it through. Can you really deliver the expected quantity on time, with the requested customization at the agreed price? Is there a penalty if you do not? Can you fill an additional order quickly if the initial quantity moves faster than expected? 12. Do not give in to ultimatums. Your prospect may say that you have to sign now or lose the order. Even if you know the terms are satisfactory, resist the temptation to agree too quickly for it could minimize your negotiating position in future deals.